IPFN Study 001: Results from a Prospective, International, Epidemiologic Study of Invasive Candidiasis in Children and Neonates.

A prospective, multi-center study of pediatric patients ≤18 years, and neonatal patients ≤28 days with invasive candidiasis between August 2007 and May 2011. The 42 sites enrolled 196 pediatric and 25 neonatal patients. Twenty-four percent of those patients enrolled who had an hematologic malignancy had neutropenia at the time of diagnosis of invasive candidiasis. Thirty-one children had an underlying gastrointestinal disorder, with short bowel syndrome being the most common. C. albicans was isolated in 44% of infections, followed by C. parapsilosis (22%), and C. glabrata (11%). The majority of the organisms were isolated from the blood (n=136 infections). Antifungal monotherapy was the most common treatment for pediatric patients (84%), and combination therapy was used in 7% of pediatric patients. The most commonly used therapies included flucaonzole (21%), liposomal amphotericin B (20%), and micafungin (18%). Treatment with amphotericin B deoxycholate led to 10 adverse events and treatment with liposomal amphotericin B lead to 5 adverse events. Among the pediatric patients that were followed for the entire 12-week period, 76% had a successful outcome. Death occurred in 19% of pediatric patients, and 55% died with active candidiasis. Among the neonatal patients that were enrolled, 92% (23/25) had an successful outcome. All of the neonates received antifungal monotherapy, and the most common was fluconazole (32%),  followed by caspofungin (24%), liposomal amphotericin B (16%), and micafungin (8%).

Palazzi, DL, et al. (2014). Pediatr Infect Dis J, 2014 Dec;33(12):1294-6.
A multi-center prospective study of patients ≥3 months to 18 years diagnosed with invasive candidiasis between August 2007 and September 2012 was performed. A total of 441 infections, among 423 patients were enrolled. Of the isolates recovered, Candida albicans was the most common species (40%). However, non-albicans Candida species predominated (60%). When comparing the distribution of isolates recovered from US and non-US study sites, there was a difference in the proportions of Candida species recovered (p <0.001). C. albicans accounted for a lower proportion of all isolates in non-US sites compared to US sites (p=0.077, 43% vs 34%). C. guilliermondii was present in a higher proportion in non-US study sites compared to US study sites (p=0.028, 4% vs. 1%). In addition, there was a trend towards a larger proportion of C. krusei isolated in non-US sites compared to US study sites (p=0.104, 2.5% vs 6%). There was also a significant difference in adverse events related to antifungal therapy administered ≥2 consecutive days (p<0.001). Overall, only 51 (4.8%) of antifungal courses were associated with an adverse event, and 96% of these were mild or moderate severity. Moreover, significantly fewer adverse events occurred in non-US sites vs. US sites (2% vs 7%, p <0.001). This difference may be a result of reporting differences however. In addition, the use of a polyene as an antifungal caused 59% (30/51) of all adverse events. When compared to all other antifungal therapy courses, adverse events were more frequent during polyene therapy (14% vs 2%, p <0.001). More specifically, kidney-related AE were more commonly associated with polyenes compared to all other antifungal therapies (8% vs 0.2%, p <0.001). When examining outcomes, 84 patients died, but only 6 (7%) were attributable to active invasive candidiasis.

Children ≤18 years with proven or probably invasive mold infections were enrolled between August 2007 and September 2011. One hundred and thirty-one patients with invasive mold infections were enrolled. The most common mold infection was invasive aspergillosis (75%), followed by mucormycosis (13%). When examining risk factors, children infected with invasive aspergillosis and children with other types of invasive mold infections had similar underlying risk factors, except that children with invasive mold infections caused by non-Aspergillus species were more likely to have received mold-active antifungal agents prior to diagnosis. After multivariable adjustment for other predictors associated with treatment outcome, preceding corticosteroid therapy (adjusted OR=2.73, 95% CI: 1.17-6.37, p=0.023) and preceding neutropenia (adjusted OR=0.48, 95% CI: 0.25-0.93, p=0.031) remained significantly associated with treatment failure. In addition, after multivariable adjustment for confounding due to preceding neutropenia, preceding immunosuppression, preceding mold therapy, and disseminated infection, there was no statistically significant association between combination therapy and treatment outcome (adjusted OR: 0.93, 95% CI: 0.44-1/97, p=0.839). The most common antifungals used following diagnosis of an invasive mold infection were triazoles (82%) and polyenes (63%). Moreover, combination therapy was used in 53% of infections. However, the use of combination therapy was associated with an increased risk of adverse events (RR 1.98, 95% CI: 1.06-3.68, p=0.031). However, there was no detectable difference in outcome when comparing those who received combination therapy and those who did not receive combination therapy. Among the 131 infections, there were only 47 reported adverse events. Adverse events were more frequently reported following the use of voriconazole (n=22) and liposomal amphotericin B (n=17). When examining outcome, after 12 weeks of follow-up, 60% of patients had a successful outcome and the overall mortality was 30%.

We attempted to validate a previously derived clinical prediction rule for candidemia in the pediatric intensive care unit. This multicenter case control study did not identify significant association of candidemia with most of the previously identified predictors. Additional study in larger cohorts with other predictor variables is needed. 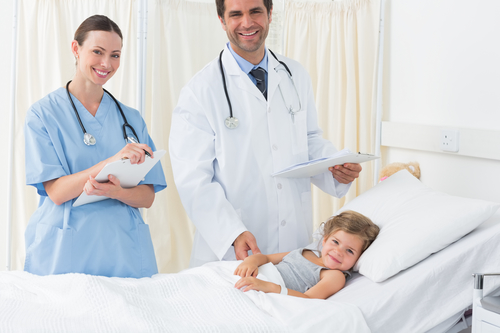 Below are some of the prior completed research studies and work published by the IPFN.